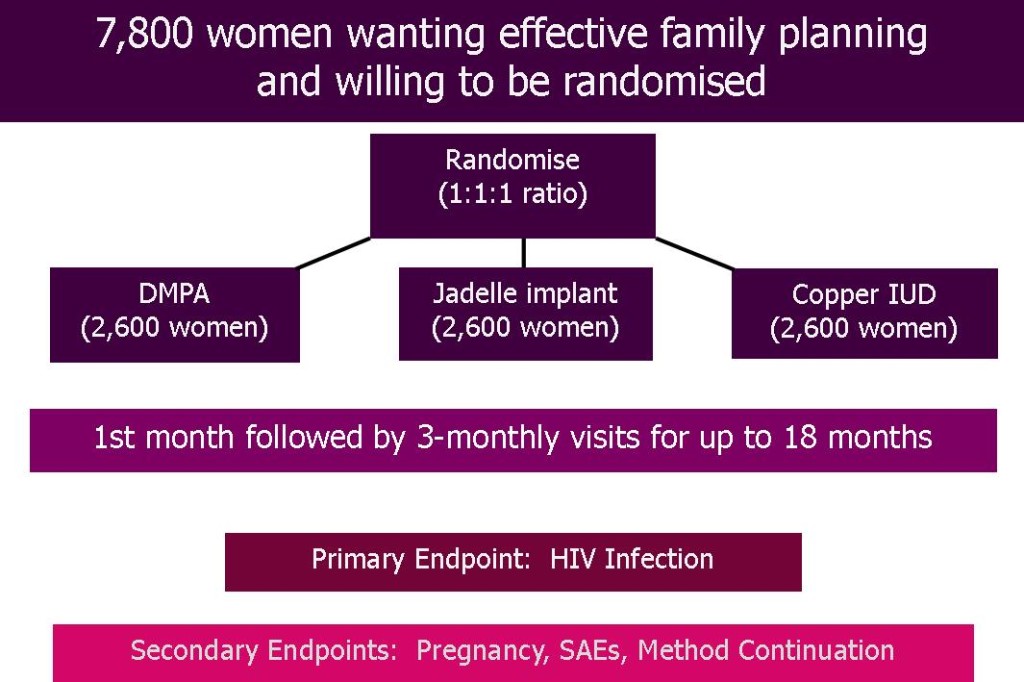 Women who were interested in joining the study learned about the study procedures and the risks and benefits of participating through an informed consent process. The women who decided to enrol were randomly assigned by computer to receive one of three contraceptives: DMPA, the Jadelle implant or the copper IUD.

The study began in December 2015, when two sites in South Africa started screening and enrolling participants with the goal of enrolling 7 800 sexually active HIV-negative women ages 16 to 35 who were seeking contraception. Just 20 months later, on 29 August 2017, the study achieved its enrolment target.

For the next two weeks, the trial completed the enrolment process for the women who had been screened by August 29. Enrolment officially closed on 12 September, with a total of 7,830 participants.

The total duration of the study in the field will be approximately 36 months from the first enrolment to the last follow-up visit. The study could end earlier, however, because the protocol is endpoint-driven. This means that the study will run until it reaches its research goal. If the study proceeds as planned, the study team anticipates that the results will be released in 2019.